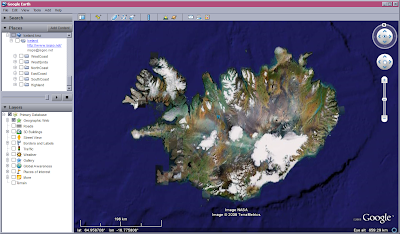 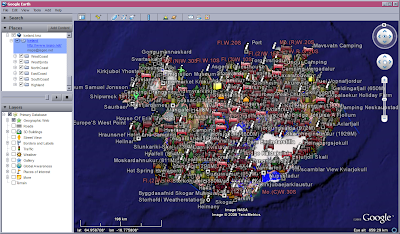 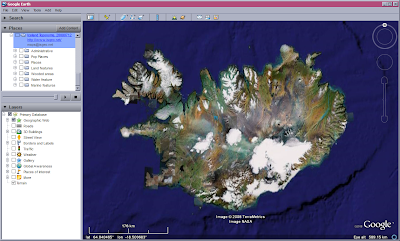 In Google Earth , the ultimate free Geographic Information System ( GIS ), Iceland looks like an undiscovered island - pure and clean. Well, that was the case until today. I liked the way it looked before but I needed something more - information. In other words, I was missing the functionally of my legendary web site Icelandic Gazetteer (In Icelandic: Örnefnaskrá Íslands ), which I made in the spring of 2000. At first, I decided to add some forest on the map of Iceland. It looked like that: Pretty Iceland! It looks so different from what the peaceful vikings left us after vegetationally vandalizing the island. Then I decided to add toponyms with some additional place names' features. Iceland became even more beautiful. And water bodies: So, this morning I was curious to see how all the data features would combine in 3D. So, East Iceland looked like this: Cool indeed. Now you can download Iceland Toponyms (20080712) directly to your Google Earth program. It is not pref
Read more 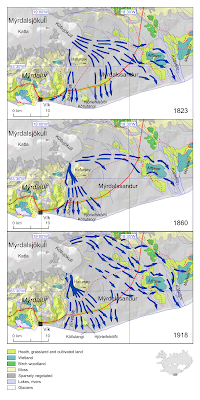 The maps above shows the melted water flows of the volcanoes around Mýrdalsjökull glacier in south Iceland. I made them for a peer-reviewed paper [ Gisladottir et al ., 2008] submited to Natural Hazards and Earth System Sciences (NHESS), an Open Access Journal of the European Geosciences Union.
Read more