My CV in short 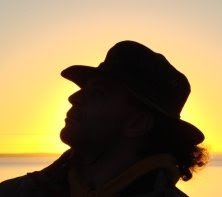 2008: Defended my Ph.D. dissertation in geography on June 20th. Started my own domain geo.is. Gave a video interview about the nature and climate in Iceland for the web site for Sigur Rós and Björk's Náttúra concert, which turned out to be the largest music event ever in Iceland. Photos and interviews on CNN and BBC about the Earthquake in South Iceland on May 29th. Republished the Icelandic Gazetter Toponyms and the Map of Iceland for Google Earth to enhance the mapping of Iceland by Google Map Maker.

2007: Won a scholarship from the University of Iceland Graduate Research Fund. Made that famous talk at the Goldschmidt 2007 Conference. Was awarded with a degree in a traditional Japanese art.

2006: Started publishing peer-reviewed papers. Won a scholarship from the Icelandic National Power Company. Thanks to my supervisors flew over my Ph.D. research area in NE Iceland, took thousands of photographs of this remote part of the island. Made the University of Iceland campus map.

2005: Made a presentation using exclusively Google Earth. Made maps of Iceland for hand-held GPS receivers. Just wanted to be able to use any map on my own Garmin 60CS. Started Geocaching in Iceland. Started participating in the annual European Day of Languages with my web site Icelandic Gazetteer.

2004: Made 3 research expeditions around Iceland. Sent the University of Iceland name on Mars (see)Started

2002: Won the Landsat Satellite Image Contest, Michigan State University. Created the first interactive maps for GSM mobile phones in Iceland. You can browse any map on your mobile phone. Did this long before Google Maps for Mobiles.

2001: Designed dozens of maps and graphs for academic and peer-reviewed publications. Went on a winter expedition in NE Iceland. Launched and administrated geo.hi.is on SUN Solaris. Started administrating my gisland.rhi.hi.is domain, now on Ubuntu.

2000: Became a chartered geomatics engineer in Iceland. Won the most eminent scholarship of Iceland Research Fund. Created Icelandic Gazetteer - the first and most advanced place names GIS. Started supervising 5 B.Sc. and 4 M.Sc. students in cartography, GIS and Remote Sensing at the University of Iceland.

1998: Begun a 5 year period of teaching GIS and Remote Sensing for the Department of Geography in the University of Iceland.

1997: Worked for SUN Microsystems - doing GIS on Sun Ultra was such a pleasure. The network was and still is the computer really. Started the first Internet Geographic Information Systems (GIS) in Iceland. Open source based, of course. Started Internet GIS, logistic and planing analysis for the Institute of Economic Studies at the University of Iceland. Have the most visited single user home page at the University of Iceland web since then.

1990: Military surveyor and cartographer in the Land Forces for 2 years. Received 2 medals.

1988: High school diploma in Surveying, Photogrammetry and Cartography. Graduated with the highest grades.

1980: Participated in Young friend of museum historiography initiative for 4 years.

1974: First memorable approach to the old atlases of my grandfather.
CV in short 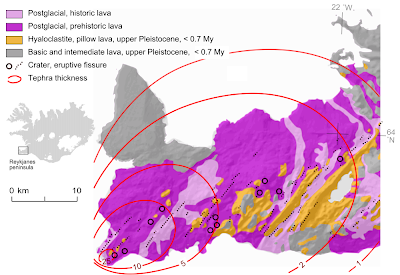 Tephra distribution in SW Iceland. Map I made in April 2008.
Read more November 01, 2008
Exactly 11 years ago, on 1st November 1997 I started the first Internet GIS in Iceland. It was a major pioneering step in the development of open geospatial science in Iceland. It was accepted with great interest among all GIS related organizations and companies in Iceland. It was described and published in a report from the Institute of Economic Studies, University of Iceland on the next year.
Read more